I’ve been a very bad blogger recently and I apologise. I think I was all blogged out after the sewing and blogging frenzy that was the Monthly Stitch Indie Pattern month back in June. I haven’t stopped making stuff though so I thought I’d do a catch-all post now and get back to normal shortly.

You’ll have to excuse the photo. My daughter will only take photos of me if I do something daft in them. However, she did catch me mid jump so it had to make it to the blog really. Like many sewists I’ve succumbed and bought the ‘My Capsule Wardrobe: City Break’ ebook by Sew Over It. It’s highly unlikely that any of these patterns will get worn on an actual city break because I have children. However I don’t think city breaks are compulsory so I bought it anyway. I almost instantly made the Molly top from it and I love it! It was dead easy to make and even managed my stripe matching pretty well. Check out my twin needle top stitching: 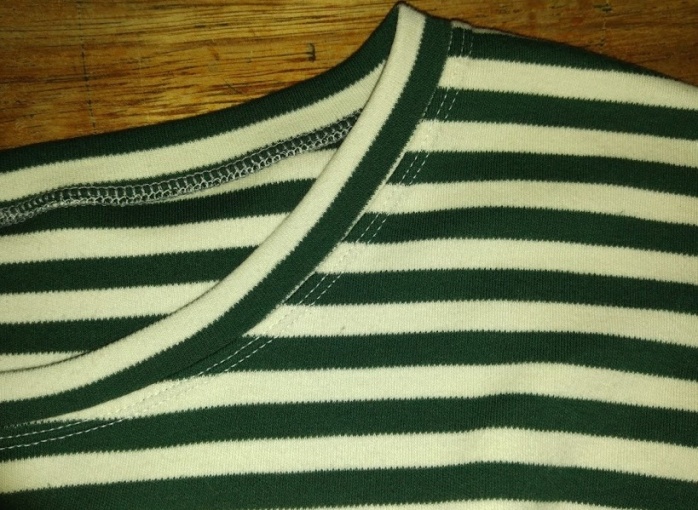 So that was made last weekend. And just before that I made this: 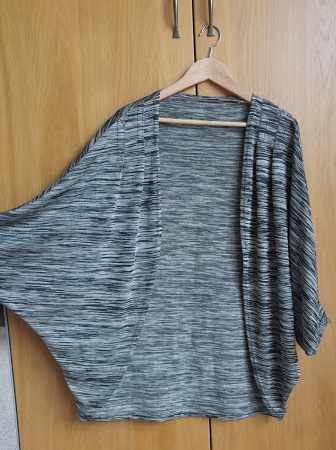 This is the Three-Hour Slouchy Cardigan from the third GBSB book ‘Fashion with Fabric‘. That’s three patterns from that book I’ve made now and they’ve all turned out well. This cardi looks great with skinny jeans and a plain t-shirt. I have to be careful whilst wearing it though as I do have a tendency to catch the batwings on door handles when I’m walking past!

This is my third Walkley top and my favourite so far. The other two you can read about here. I adjusted the shoulders and neckline to sit nicely on me and the fabric is a lovely drapey viscose jersey, also pattern matched at the sides. 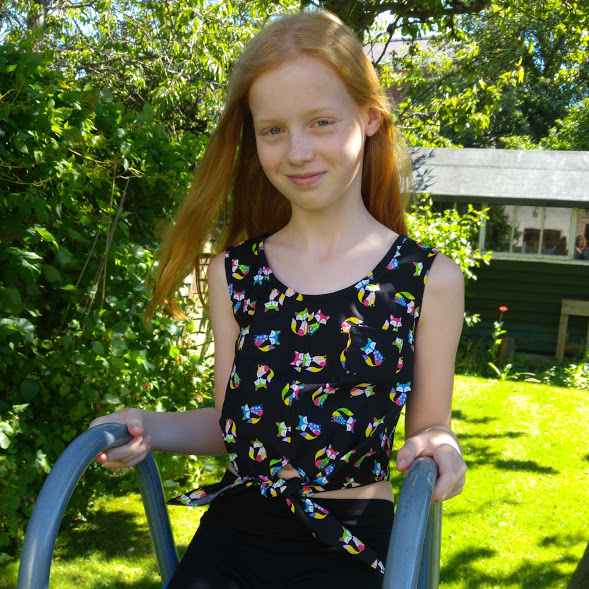 This is Bethan in her Hunter tank from Jennifer Lauren Handmade. I bought this as part of the ‘Chillout capsule wardrobe‘ (the cheapskate version) from the Monthly Stitch bundle sale. Being only 11, my daughter has no shape so some serious modification was needed for it to fit her. The Hunter tank is drafted for a D cup so I had to SBA it to a no-cup. It does fit her nicely – for now! It probably won’t next year though and now summer’s over I don’t suppose she’ll wear it again. I’m not sure I’ll make this top for myself. I do love it but I have ‘tummy issues’ and this top’ll draw attention to that whole area. Best not really.

I think that’s it for clothes. But I’ve made other stuff too….

This cushion I made mostly from scraps of blue and green fabric. The instructions came from Simply Sewing magazine and I thought it was a great idea. It’s made by reverse applique, and although simple, it took a long time because of all the precise hand stitching – something I’m not particularly good at! I entered it for this year’s Burniston Show (the less said about that the better!) but it didn’t come anywhere. I love it though and looks great on my settee! 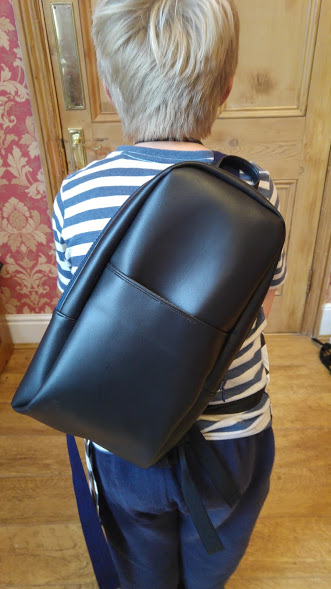 Bryn modelling my cross-body rucksack. I’m so pleased with this – it looks great inside and out. I used some old vinyl that was used to cover dining chairs with. Quilting cotton lines the inside and overall it’s quite a masculine bag, but then I’m not very girly. It needs fixing now though because the webbing strap frayed and came out. I may take some better photos of this once complete. I entered this for Burniston show too (herrumph). 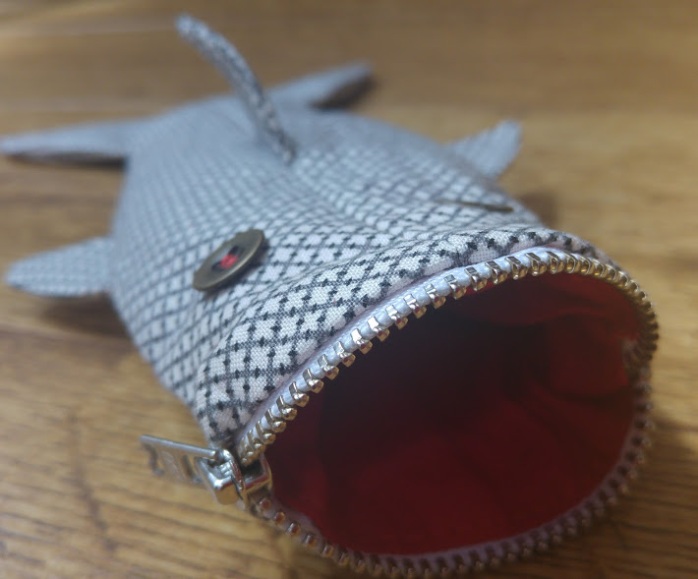 A pencil case shark I made for my daughter’s teacher. She has moved up into secondary school now and I’m officially old. 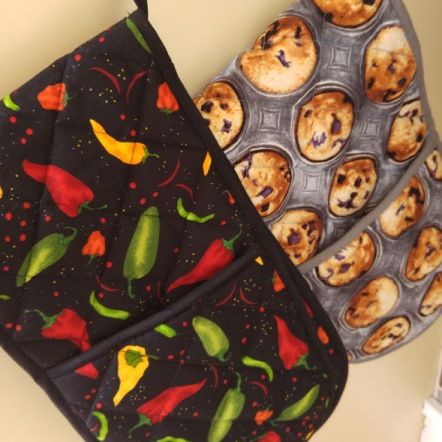 And finally, a trio of oven gloves. The ones on the right were made back in February for my friends birthday and the others were made in May for my brother. How cool is that muffin fabric?

Anyway, that’s me all caught up now and I feel I can start again with a clean slate. I’m mid project at the moment and I’m hoping I’ll finish it before the weekend and in time for my birthday! I’ll tell you all about it then!

28 thoughts on “Stuff I should have blogged about” 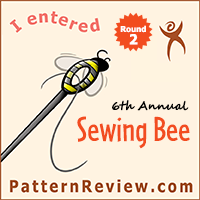